As corporate leaders, in-house counsel are faced with the challenge of determining which new technologies can bring the biggest impact to their operations. As we hear from in-house lawyers and others who have contributed to this survey, AI and other forms of technology can enhance in-house legal departments in many ways... 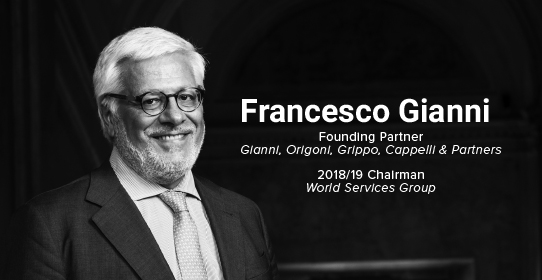 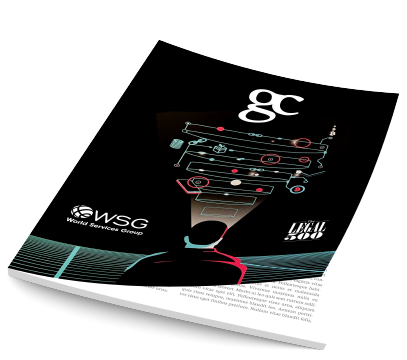 Highlights from the Survey included: 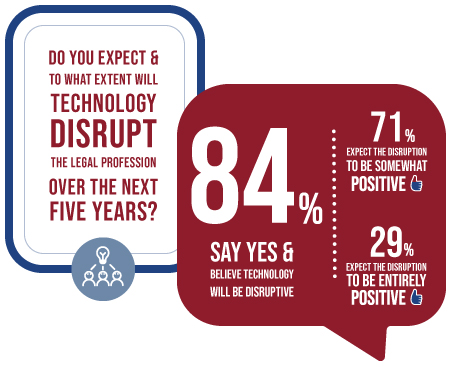 When asked whether technology had the potential to disrupt the legal profession over the next five years, 84 percent said they believed that technology will be disruptive. Of those, 71 percent felt that it would be somewhat positive and 29 percent thought that the disruption would be entirely positive.

Of those who indicated that they were using specialist legal technology within their departments, increased efficiency was the most frequently cited factor that general counsel considered when implementing new technology. That was followed by ease of use at 50 percent, customizability at 32 percent and the ability to integrate with existing systems at 31 percent.

"WSG was proud to collaborate with GC Magazine on this important survey, as technology and innovation are also the cornerstones of our network's core member services objectives," stated Francesco Gianni, WSG Chairman and Founding Partner of Gianni, Origoni, Grippo, Cappelli & Partners. "As we continue to see an increase in technology applications, global business leaders are demanding greater technological efficiencies and risk management systems to stay ahead of the curve."

Fifty-five percent of respondents listed contract management as the most commonly cited use of technology. Software for law firm relationship management and increasing transparency around legal spend, including e-billing, was also of interest. Twenty percent of respondents cited that their use of technology included law firm relationship management, and according to the interviews complementing the quantitative research, this is an area that appears to be prime for expansion in the short term. Forty percent cited that legal case management was another popular focus and it was one of their uses for technology. This can include the basic paperwork, inducing case management tasks, but can also include case review administration and analytics.

USE OF ARTIFICIAL INTELLIGENCE (AI):

Much of the current conversation around AI is about its potential. Only 9 percent anticipate AI disrupting the legal industry within the next two years, but that figure increased to 59 percent when the period for disruption was increased to the next five to 10 years. The remaining 32 percent believe it would not be a disruptor within the next decade. Only 8.8 percent of survey respondents reported using AI solutions currently. The clear frontrunner in terms of AI-generated excitement among the corporate legal departments who participated in the research for this report was information management, which can be assisted particularly by developments such as smart contracting tools.

Results showed that buy-in from the business and the necessary budget to execute was a clear hurdle for many. Seventy percent felt their company was supportive of implementing new technologies, but only 56 percent had seen this translate to a bigger budget allocation on their balance sheets. Teams with smaller headcounts had the worst rate of uptake of technology, with 42 percent of departments with fewer than 10 people saying they did not use technology at all. They were also less likely to have received an increase in budget for technology over the past five years, with only 47 percent reporting an increase in budget for technology (compared with 57 percent overall).

Ninety-one percent of in-house counsel felt that it was important that their external advisers kept abreast of new technologies. Nearly as many in-house counsel reported that they weren't sure if their external providers were implementing technology to deliver their legal solutions (36 percent) as those that answered that they were (40 percent). Just 37 percent felt satisfied with the use of technology by external firms; 25 percent were not satisfied, and 38 percent were unsure. When asked whether the question of technology arises when undertaking a panel review of external advisors, just 35 percent said that it was a factor, with 41 percent responding that it wasn't a factor at all.

For further results of the study and to access the special edition, visit GC Magazine's site at https://bit.ly/2OIdkYF.

World Services Group (WSG) is the globally recognized resource for professionals and their clients to receive the highest quality, value and service from premier independent law firms. Through innovative multidisciplinary access, unparalleled tools and technology, WSG offers members and clients immediate access to prospects, information and leading experts with a known record of superior quality service. For additional information, visit
www.worldservicesgroup.com.
Back to GC Insights Home

We've completely redesigned it so that it's easier to navigate, more functional, mobile-compatible, and—if we say so ourselves—a lot better looking.