Getting backing from the business is a crucial element for successfully implementing legal tech solutions, with a bigger budget as one of the strongest predictors of future behavior. Of the 62% respondents who had received an increased budget, 95% felt that their company was supportive of implementing new technology, compared to 73% who had not.

Making a first foray into legal tech can be a daunting experience for some legal departments. For a profession that (whether fairly or not) retains the reputation of being technological luddites, having the support of the wider organisation when taking the first steps with legal tech - or expanding on a positive start - can make all the difference, according to the in-house counsel that participated in our research.

A key element of any support received from the wider business was budget. It's one thing for an organisation to deliver empty platitudes about wanting to modernise its legal department, but putting its money where its mouth is can be an entirely different proposition altogether. Of the 140 in-house counsel across Latin America that were surveyed during the research for this report, 62% said that their department had received an increase in budget specifically for technology over the last five years.

Getting that increase in budget made a big difference too - both in the use of and attitudes towards legal technology. Of the 62% who had received an increased budget, 95% felt that their company was supportive of implementing new technology, compared to 73% who had not. Those who had received a budgetary boost were also much more likely to have a positive outlook on their department, with 69% saying that technology was a strength of their legal department and 74% saying that their department's use of technology compared favourably to other departments.

Compared to the 31% and 38% respectively for those that hadn't received an increase in budget, the difference in attitude was significant. 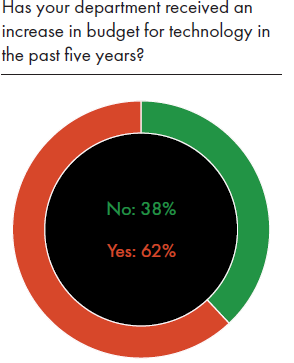 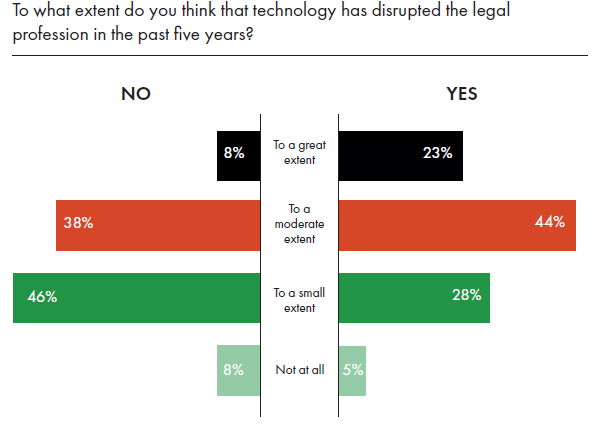 Interestingly, those who had received an increase in budget (and as a result, tended to have more experience with technology - particularly vanguard implementations) were much less likely to think that today's lawyers are adequately equipped to deal with changes to the profession caused by technology. Only 15% of those who had received a bigger budget thought that today's lawyers were sufficiently prepared, compared to 31% of those who hadn't received an increase in budget. Where budget didn't have an impact was how receptive today's lawyers were to the use of new technology - only two respondents from each group found that their legal team was not receptive to the use of new technology, despite a difference in opinion between the groups about how well prepared they are to actually utilise it. 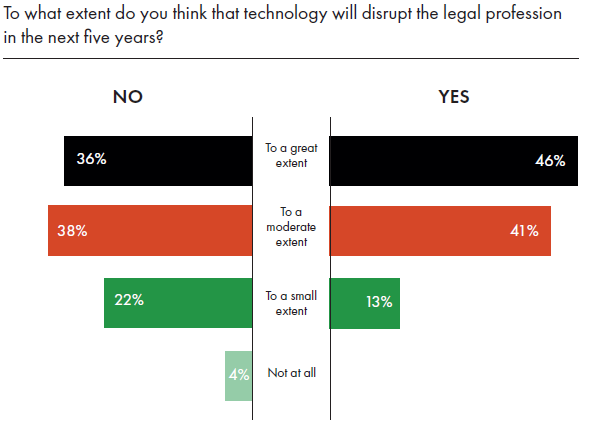 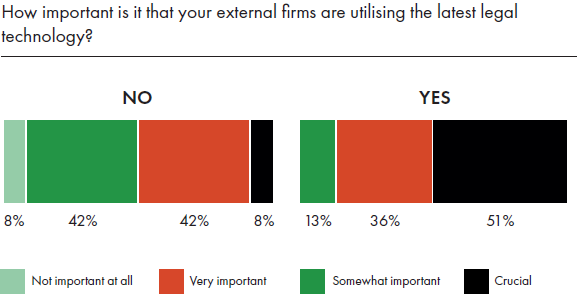 In addition, nearly half (44%) of those who had received an increase in budget raised the issue of a firm's use of technology during external panels, compared to 23% who didn't. Some of the general counsel we spoke with said this was a critical issue when making decisions around external firms, as they wanted to know that firm's were working at their optimal efficiency, but also considered whether their own internal systems would align or had the potential to be integrated with that used by their firms. 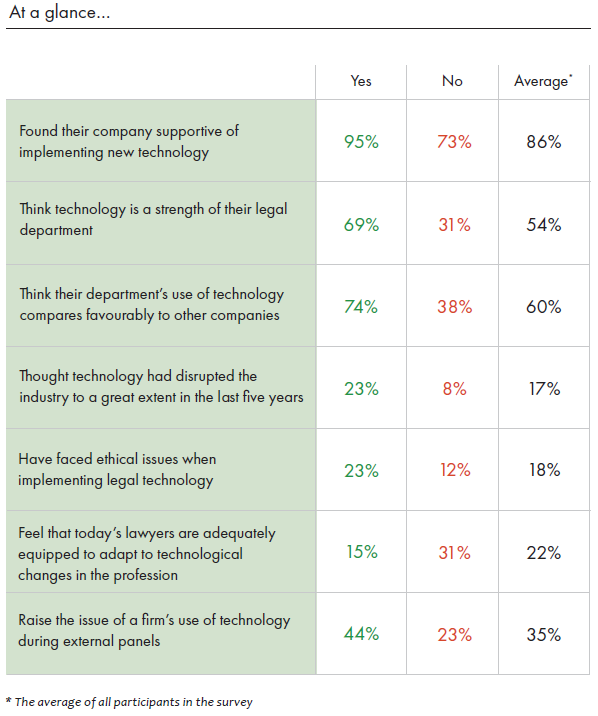