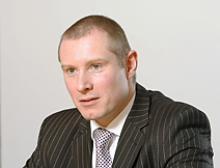 Paul heads the firm's Media and Technology team and divides his time between our London and Edinburgh offices. Paul specialises in intellectual property law and advises clients in all sectors from high technology to branding and media clients. Paul and his team are dedicated to delivering simple, workable solutions in a complex and changing area of law. Paul also sits on the intellectual property law reform committee of the Law Society of Scotland. According to client research carried out by Chambers 2012, Paul "shows good judgement of how aggressively to pursue a case whilst giving us all the options we need".

In a landmark decision, the European Union Intellectual Property Office (‘EUIPO’) has ruled that McDonald’s, one of the world’s largest fast food chains, will lose its EU trade mark for “Big Mac”...

Two significant events this week raised eyebrows in the lucrative world of live sports broadcasting. Firstly, Facebook agreed an exclusive deal to show La Liga to users in Asian territories including India, Bangladesh, Sri Lanka and Pakistan. It will live stream all 380 matches this season for free to its 348 million users in the region. The move fits with Facebook's ambition to grow use of its social networking platform outside markets that have reached saturation...