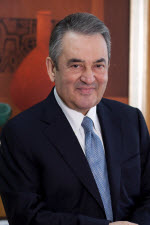 Profile
Dr Kypros Chrysostomides is the firm's Chairman, and one of Cyprus' leading corporate and tax lawyers. He specializes in business law generally, human rights law, international and constitutional law, and has published extensively on all these subjects.

During the early years of his career, Kypros was appointed a research fellow in Private International Law at the University of Bonn and later also worked at the European Commission of Human Rights in Strasbourg. Today, he leads a number of the firm's departments and is particularly known for his corporate law skills, and his substantial experience and expertise in international and tax law.

The EU is introducing an additional level of transparency in order to enhance the means tax authorities can use to detect potentially aggressive tax arrangements. In this light, EU Directive 2018/822/EU (hereinafter the “DAC 6”) imposes mandatory reporting of cross-border arrangements, affecting at least one EU Member State, that fall within one of a number of “hallmarks”...