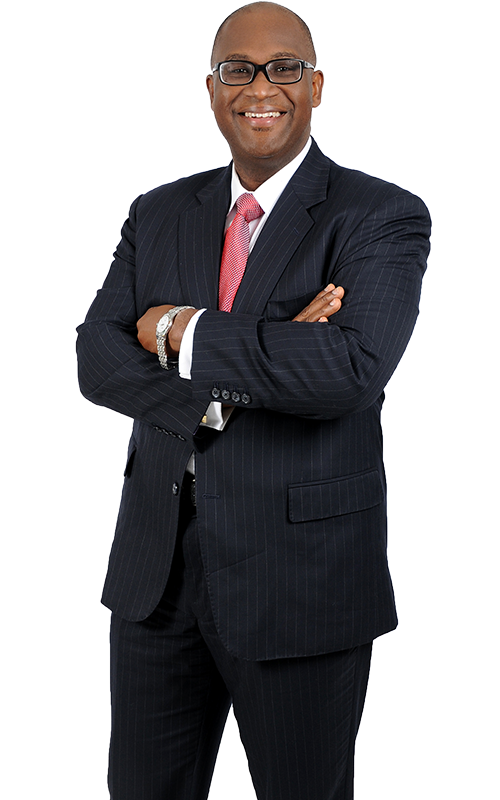 Robert K. Adams is the Chairman of the Firm’s Litigation & Dispute Resolution practice group. He is one of the leading Bahamian litigators and a top arbitrator.  Robert has a broad range of experience with litigious matters in the banking, trust, insurance, manufacturing, tourism and hospitality, and construction, building and real estate sectors.

Robert has performed judicial reviews and enjoys a high profile in the Bahamas’ legal community as a result of his work on constitutional, administrative and regulatory cases.  He has also appeared before the Privy Council.

Robert Adams was appointed by the Bahamas Government as a Director of the Central Bank of The Bahamas in August 2017, a distinguished and prestigious honor in the community.

He has received favourable BAND 1 rankings by CHAMBERS GLOBAL in "General Business Law - Dispute Resolution". "Robert Adams is a growing force in the local dispute resolution market. Commentators describe him as an extremely polished written and oral advocate, and appreciate his "practical and commercially oriented" approach. (Chambers Global 2016) "Robert Adams is a very good, thorough and well-rounded advocate, who handles a variety of commercial and corporate disputes as well as labour and employment matters. Sources assert that he is bright, a hard worker, and really knows how to get results for his clients." (Chambers Global 2014) "Robert Adams is a highly regarded litigator with considerable experience in the commercial arena. His broad-based practice covers work in the banking, insurance, and leisure and hospitality sectors" (Chambers Global 2013)

Robert has served in several public service positions having held the posts of Acting Assistant Registrar General of The Bahamas in 1997, Deputy Chairman of the Licensing Authority for Freeport in 1999 and Acting Deputy Registrar of The Supreme Court during 1999 and 2001.