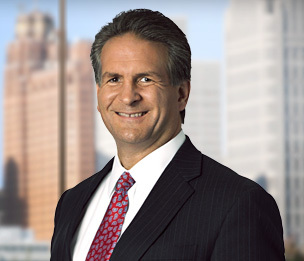 James G. Aldrich leadsÂ the Firm's Immigration Team in the Labor and Employment Department at Dykema. He has significant international business and immigration experience including advising on the immigration aspects of investment opportunities in the U.S., corporate formation and the employment of foreign nationals in the United States. He develops long-term plans to coordinate the business goals of clients with available immigration benefits, and assists clients in the preparation of visa petitions and supporting documentation.

Mr. Aldrich focuses his practice on representing clients before the US immigration service, Department of Labor and other governmental agencies including immigration-oriented issues related to establishing new companies in the United States through foreign investment and the transfer of workers to the United States including obtaining green cards and non-immigrant visas.

He also assists clients with confirming the employment eligibility of their workforces and defending them in government investigations in this area.

The U.S. Department of Homeland Security (DHS) published a final rule on January 11, 2019, introducing electronic registration requirement for employers seeking to file H-1B cap-subject petitions. The final rule went into effect on April 1, 2019, though the electronic registration requirement was suspended Fiscal Year 2020 (October 1, 2019 – September 30, 2020) to allow USCIS to complete user testing and ensure the system and process are fully functional...

The U.S. District Court in Portland, Oregon, issued a 28-day temporary restraining order (TRO) in an unusual weekend session just before the “Presidential Proclamation on Suspension of Entry of Immigrants Who Will Financially Burden the United States Healthcare System” was to go into effect on November 3, 2019. Judge Michael H. Simon agreed to “freeze things the way they are” so a determination can be made on the merits of the case...

The U.S. Department of Homeland Security (DHS) has announced it will issue a new Final Rule on January 31, 2019, reversing the order by which the USCIS will select H-1B applications submitted under the statutory/numerical cap and introducing an electronic registration requirement for employers filing H-1B cap-subject petitions. The reverse-selection provisions of the rule will go into effect on April 1, 2019...