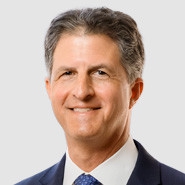 Mr. Lowenthal, Chair of the Firm’s Business Reorganization and Creditors' Rights Practice, has earned recognition as a skilled advocate in the bankruptcy, creditors' rights, and corporate restructuring arena. He represents creditors' committees, trade creditors, indenture trustees, and bankruptcy trustees and examiners in domestic and international cases.

Mr. Lowenthal also represents U.S. and non-U.S. business entities in a wide range of complex litigation issues, including creditors’ rights disputes, purchases of intellectual property assets, and distressed debt acquisitions and restructuring. He has achieved numerous favorable results for clients in trial and appellate courts as well as commercial arbitration. Recently, he successfully defended former executives of a failed European bank against allegations that they had defrauded investors.

A regular speaker on bankruptcy law topics, Mr. Lowenthal recently presented for the American Bankruptcy Institute, the Practising Law Institute, INSOL International, INSOL Europe, and the Association of Corporate Counsel. Mr. Lowenthal has received Martindale-Hubbell’s highest rating of "AV Preeminent" based on both peer and client reviews and has been named to The Best Lawyers in America in the area of Bankruptcy and Creditor Debtor Rights / Insolvency and Reorganization Law.

Lead counsel to the Official Committee of Unsecured Creditors of multi-state real estate developer with liabilities in excess of a billion dollars. The Bankruptcy Court praised the “remarkable results” achieved through the “extraordinary efforts” of Patterson Belknap attorneys in this case.

Represented an Indenture Trustee and Co-Chair of the Official Committee of Unsecured Creditors on over $5 billion of unsecured debt in one of the largest, most complex cases ever filed in Delaware, the Energy Future Holdings Corp. cases.

Represented an Indenture Trustee in the Nortel Networks Inc. cross-border cases, a set of insolvency cases filed in the U.S., the U.K., and Canada.

Represented an Indenture Trustee on bonds governed by New York law in an insolvency case in London.

Represented an Indenture Trustee on $1.7 billion of unsecured debt in the Washington Mutual, Inc. case.

Representing a former member of the Board of Directors in The Weinstein Company Holdings bankruptcy case.

Represented an international law firm in a proceeding before the U.S. Bankruptcy Court relating to conflicts of interest in a Chapter 11 representation.

Represented the winning bidder in an auction to acquire the assets and intellectual property from a Chapter 7 debtor over the objection and competing bid of the debtor’s secured lender.

Conducted an internal investigation of a multi-national law firm following its role in a large Chapter 11 bankruptcy case.

Representing the Post-Confirmation Trustee in the Tarragon Corporation case.

Special litigation counsel to a Chapter 7 trustee in the bankruptcy of an employee leasing company.

Represented an Indenture Trustee in the Nortel Networks Inc. cross-border cases, a set of insolvency cases filed in the U.S., the U.K., and Canada.

Represented the Liquidating Trust Board in the TerreStar Networks Inc. case.

Represented Harrison J. Goldin, an Examiner in the Enron Corp. case, in an investigation of many of Enron's special-purpose-entity transactions.

Representing international creditors, including entities in the U.K., the Netherlands, and Germany, in the Lehman Brothers Holdings Inc. case.

Defending a reinsurance company in a fraudulent conveyance lawsuit brought by creditors of Tribune Company in U.S. Federal Court.

Obtained a favorable result on behalf of the largest private bank in Brazil in connection with the Chapter 15 case of a Brazilian company.

Represented the Retiree Committee in the U.S. Airways, Inc. case, including serving as trial counsel on the debtor’s motion to eliminate retiree benefits.

Won a crucial decision of first impression for financial institutions whose security interests were challenged by the bankruptcy trustee in The Bennett Funding Group, Inc. case, a case that stemmed from an alleged $1 billion Ponzi scheme.

Represented the Official Committee of Unsecured Creditors in the STAR Telecommunications, Inc. case.

Antitrust Update Blog is a source of insights, information and analysis on criminal and civil antitrust and competition-related issues. Patterson Belknapâ€™s antitrust lawyers represent clients in antitrust litigation and counseling matters, including those related to pricing, marketing,...

DataSecurityLaw.com is the firmâ€™s resource for the latest news, analysis, and thought leadership in the critical area of privacy and cybersecurity law. Patterson Belknapâ€™s Privacy and Data Security practice provides public and private enterprises, their leadership teams and boards with...

ExemptOrgResource.com is an online resource for information and insight on the unique legal issues impacting nonprofit organizations. The site is designed to keep the nonprofit, tax-exempt organization community up-to-date on legal developments, changing regulations and good practices.


The Financial Oversight and Management Board for Puerto Rico recently filed a voluntary petition for relief on behalf of Puerto Rico in federal court there.  The filing required the Chief Justice of the United States to designate a district court judge to conduct the case.  In recent months Chief Justice Roberts appointed District Judge Laura Taylor Swain of the Southern District of New York...