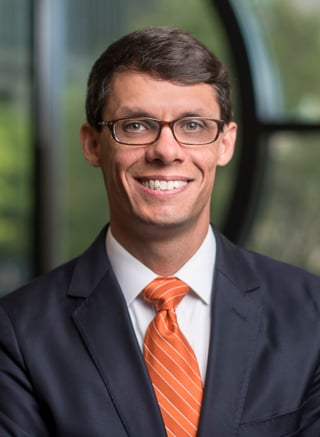 Lindsey Boney has a truly varied practice that spans the substantive spectrum. He has represented corporate clients from numerous industries, including Fortune 50 and multinational, European-based companies, in both federal and state trial and appellate courts, and in complex multidistrict litigation.  And he advises companies and organizations from all walks of life—from an international Christian organization to a Birmingham-based company listed in the Inc. 5000, just to name a few—in non-litigation matters.

In particular, Lindsey regularly represents global pharmaceutical companies in multidistrict litigation. He has been a member of numerous mass tort national counsel teams defending pharmaceutical companies. He has been lead appellate counsel at trial and led the briefing of all sorts of legal issues in trial and appellate courts (dispositive motions, Daubert motions, and motions in limine). He also has prepared key regulatory witnesses for deposition. Lindsey has been involved in significant appellate wins in the U.S. Courts of Appeals for the Fifth and Eleventh Circuits, the Iowa Supreme Court, and the Missouri Court of Appeals, as well as trial wins in federal MDL proceedings and in the Pennsylvania Court of Common Pleas (including a JNOV win that reversed a $27.8 million plaintiffs’ verdict).

It also has been his great honor and privilege to represent pro bono clients in significant, high-stakes litigation:

Lindsey served as a law clerk to the Hon. William H. Pryor Jr. of the U.S. Court of Appeals for the Eleventh Circuit (2009-2010). Before law school, Lindsey worked in full-time Christian ministry and lived in China for several years.

A successful appeal depends on counselâ€™s substantive understanding of appellate rules, procedures, and strategies. The Tennessee Appellate Review blog is a resource for commentary and insights on the latest state and federal appellate news. Join the conversation as we analyze decisions from the...