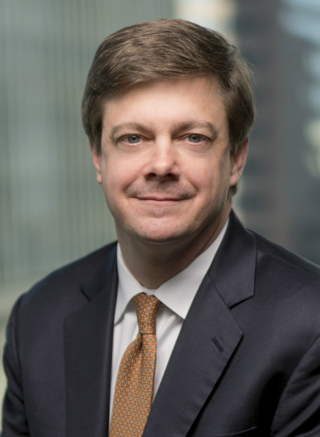 Matt Miller has over 25 years of experience representing and advising management in all areas of labor and employment law. Matt regularly represents and advises companies in matters involving discrimination laws, including Title VII, ADA, ADEA and FMLA matters as well as wage and hour law (FLSA and state), ERISA benefit claims, OSHA preventive procedures and reviews, investigations and litigation, and covenants not to compete. He regularly advises clients on preventive measures, including creation and revision of policies and procedures, and represents clients in court cases and arbitrations in federal, state and administrative forums. Matt has tried jury, non-jury and arbitration cases to decision and has litigated cases ranging from a single plaintiff to those involving thousands of plaintiffs. His clients include large publicly traded companies, privately held businesses of all sizes, family companies and start-ups.

Sorrells v. Sun Life, U.S. District Court, (S.D. Ala.)
Successfully defended company in ERISA benefits claim, creating positive precedent in Alabama on issue.
NON-COMPETITION/RESTRICTIVE COVENANTS
EBSCO Industries, Inc. v. Jerry H. White, et al., CV-03-HS-2404-S (N.D. Ala.)
Represented EBSCO Industries, Inc. in enforcing non-compete agreements signed by two of its former employees in Oklahoma and in enforcing its trade secret rights from misappropriation by the former employees and a third individual who had not previously worked for EBSCO. The court granted motions for TRO and later for preliminary injunctions against the former employees. Ultimately, permanent injunctions by consent were entered that ordered the defendants to comply with the terms of the non-compete and confidentiality provisions of their agreements and that otherwise protected EBSCO’s trade secrets.

Our Labor and Employment team has extensive experience helping our clients resolve disputes both in and out of the courtroom. We are proud to work with a large and diverse group of local, regional, and national clients in a variety of industries, including healthcare, manufacturing, mining, media,...

A successful appeal depends on counselâ€™s substantive understanding of appellate rules, procedures, and strategies. The Tennessee Appellate Review blog is a resource for commentary and insights on the latest state and federal appellate news. Join the conversation as we analyze decisions from the...

Bradleyâ€™s The Law of Order blog serves as a general parliamentary procedure resource, providing information about creation and revision of governing documents (constitutions, bylaws, or rules), application of Robertâ€™s Rules of Order and other procedural authorities in a variety of contexts (such as...