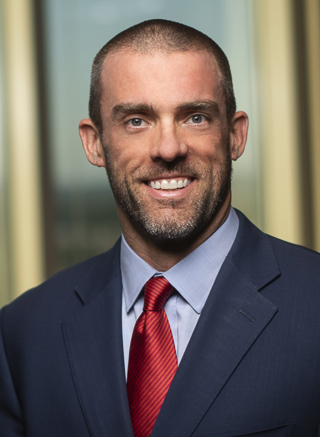 Hal Mooty’s practice focuses on resolving commercial litigation matters, including contract disputes and business torts, across the Southeast. He often handles cases where injunctive relief is requested, frequently in emergency situations where the success or failure of a business is at stake. As a litigator, Hal has years of experience representing both individuals and businesses in state and federal courts, as well as in arbitration proceedings. His litigation experience includes numerous non-compete, non-solicitation, and non-disclosure cases. He has assisted and advised clients with emerging employment, joint venture, partnership, and shareholder disputes.

Hal is regularly asked by businesses to advise on insurance issues following a loss and has litigated coverage actions on behalf of policyholders, as well as brokers. Many of these pre-suit issues involve assisting and advising clients during the contract negotiation process in an effort to minimize potential exposure in the future.

Throughout his legal career, Hal has also represented various healthcare professionals and their practices, as well as the hospitals where they work. Oftentimes clients require extensive preparation, and he has successfully defended clients in state and federal courts against allegations of medical malpractice and civil rights violations. He has also assisted clients when called before respective licensing boards. His experience covers the entire spectrum -- from third-party depositions of treating physicians, early dismissals after a complaint has been filed, and dispositive motions on the merits of the case to presenting evidence to jurors. Hal has worked with many expert witnesses from across the country to help defend the care and treatment delivered by his clients.

Hal's professional interests include emerging technologies in the practice of law, and he was an early adopter of a paperless office environment. He is regularly asked to give presentations on remote working tools and the risks they create for both legal professionals and their clients, including related data protection and cybersecurity issues. He currently volunteers his time to support the Alabama Defense Lawyers Association, HudsonAlpha Institute for Biotechnology, the Madison County Volunteer Lawyers Program, and is a past president of Crisis Services of North Alabama, a non-profit corporation serving victims of domestic violence and their families across North Alabama.

Hal is involved in the firm’s recruitment efforts and runs the Huntsville office’s annual summer clerkship program for law students.