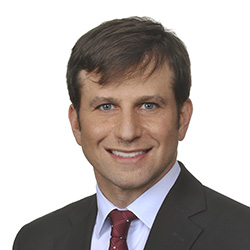 Mr. Weitz represents both buyers and sellers in merger and acquisition transactions. Mr. Weitz’s mergers and acquisitions practice is focused on the middle market with transaction values ranging between $10 million up to $3 billion.

In the community, Mr. Weitz is the former President and current Board Member of the Apparel Industries Group for the City of Hope. He has also served as both Dinner Chair and Fundraising Chair for this group. Mr. Weitz is also a past President and board member of The Professionals Club (formerly, the Textile Professionals Club or TPC) which is a networking group for professionals from a wide range of business backgrounds, including accountants, investment bankers, commercial bankers, lawyers, property agents and developers, financial advisors, and other professionals who serve the local business community.

A selection of Mr. Weitz’s experience includes representation of: