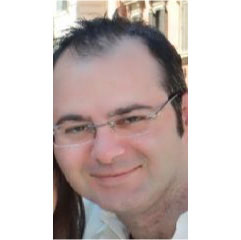 Profile
Rasheed Kamel is fast emerging as one of the leading Corporate M&A and Finance lawyers in Egypt. The IFLR 1000 says â€œthe market has noticed the rise of Rasheed Kamelâ€ and he is described by Chambers Global asâ€ the bright attorney whose projects experience was augmented by a secondment to Slaughter and May to help on the Egyptian LNG project.â€

Representative Work includes:
Banking & Finance (including Shipping & Aviation)
- Advised the European Investment Bank ("EIB") in addition to a syndication of international and local banks granting a loan facility to the sponsors of an LNG project in Egypt for the construction of two LNG Trains. Transaction Value: approx US$ 1.8 billion.
- Advised the European Bank for Reconstruction and Development (the "EBRD") in an US$ 45 million aircraft financing transaction covering complex transactions between entities in the Arab Republic of Egypt, France, the Russian Federation, the Peoples Republic of Chain and the Cayman Islands.
- Advised Morgan Stanley International ("MSIL") on different debt and equity related issues.
Acted as local Counsel for Mitsubishi Heavy Industries on a contract for the construction of a vessel for the Suez Canal Authority.

After qualification in 2002 joined Al Kamel and also spent a period seconded to a UK magic circle firm.