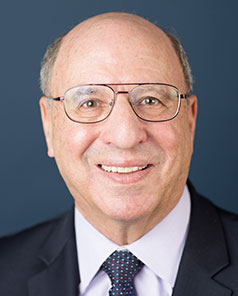 Neal focuses his practice in the areas of bankruptcy, business reorganizations, workouts, and commercial litigation. His diverse insolvency and bankruptcy practice has involved the representation of secured and unsecured creditors, creditors' committees, debtors, trustees, lessors, and purchasers of stock or assets of insolvent entities. He has extensive experience both defending and prosecuting preference and fraudulent conveyance actions.

His commercial litigation experience has included the successful trial and arbitration of cases involving the Uniform Commercial Code, lender liability, fraudulent conveyance, partnership, securities, business tort, and contract issues. These trials have resulted in a number of reported decisions from the United States District Court and United States Court of Appeals.

In recent years, Neal has also represented a large national insurance company in multiple highly-disputed rate regulation cases. Working closely with expert actuaries and economists, he has tried two of these cases in the states of Alabama and California. Prior to joining Hanson Bridgett, Neal was a partner at the law firms of Dewey & LeBoeuf, Orrick, Herrington & Sutcliffe, and Winston & Strawn.

Debtors - Neal has represented a number of debtors in significant Chapter 11 cases and out-of-court restructurings. The debtors for which he has served as lead bankruptcy or workout counsel have included HA-LO Industries, Inc., an industry-leading promotional products company; Midwest Processing Company in one of the seminal reported cases involving the issue of a bad faith filing of an involuntary Chapter 11 case; and VMS Realty in its huge out-ofÃ‚Â­ court real estate workout. He currently serves as lead restructuring counsel to one of the world's largest, privately-held developers and owners of shopping centers, hotel properties, other commercial properties, and residential developments.

VMS was owned by, among other persons and entities, Xerox Financial and Robert Van Kampen. VMS and its more than 100 directly or indirectly controlled affiliates (including limited partnerships, corporations, real estate investment trusts, and joint ventures) had over $9.4 billion in real estate assets and approximately $9 billion in secured liabilities owed largely to banks and insurance companies. The VMS assets included shopping centers, apartment buildings, office buildings, hotels, resorts, casinos, and a large number of development projects, subdivisions, and projects under construction. As lead workout/bankruptcy counsel, Neal negotiated both an initial creditor standstill agreement and a later "Creditor Repayment Agreement" (signed by all but a few of the secured creditors) which enabled the VMS entities to achieve an orderly out-of-court workout and settlement of multiple pending lawsuits, including a large class action lawsuit. While it was necessary to file individual bankruptcy cases on behalf of a few of the VMS-controlled entities (perhaps five out of 100), in the case of all of the controlling VMS entities (the parent companies) and the vast majority of the controlled entities, bankruptcy was averted.

Briefly is designed to provide readers with updates on the latest litigation developments in California. Our focus is on general litigation as well as issues surrounding class actions, products liability, discovery, privacy, cybersecurity, and the professional practice of law.