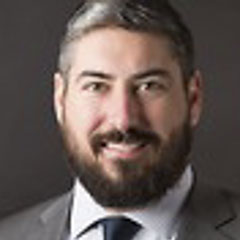 Dave Boyajian is a licensed captain who speaks the same language as his maritime clients. He brings an in-depth understanding of the industry to bear on both maritime transactions and litigation. Dave’s marine experience helps him know where to look for creative solutions to uniquely salty problems. His courtroom experience informs how he shapes maritime contracts, and vice versa.

Dave is a U.S. Coast Guard licensed Master of Sail, Power, and Assistance Tow vessels. Before attending law school, he captained vessels up and down the Eastern Seaboard and throughout the Caribbean. He holds a certificate of specialization* in maritime law from the Tulane Admiralty Law Center, the nation’s preeminent admiralty program.

* “The Supreme Court of Washington does not recognize certification of specialties in the practice of law and that the certificate, award, or recognition is not a requirement to practice law in the state of Washington.”