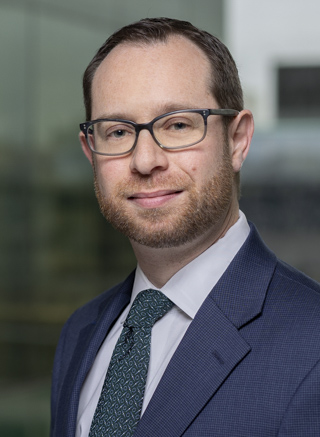 Andrew Narod is an experienced litigator who represents bank and non-bank financial services institutions and other types of businesses in class-action litigation, complex commercial litigation, and other high-profile litigation disputes nationwide. His clients entrust him to navigate some of their most sensitive litigation matters in some of the most difficult venues in the country.

A considerable amount of Andrew’s practice is devoted to representing bank and non-bank financial services entities in class-action litigation and other consumer litigation matters. His clients include auto finance companies, mortgage servicers, mortgage originators, small-dollar lenders, credit card issuers, national banks, and others in the financial services space. While his practice is national in scope, Andrew frequently represents clients in Virginia, including the Eastern District of Virginia, West Virginia, Maryland, and the District of Columbia. He has particular experience defending his clients against state law claims arising under the West Virginia Consumer Credit and Protection Act, the Maryland Consumer Debt Collection Act, and others, and has litigated cases arising under various federal laws, including FCRA, TCPA, RESPA, and the FDCPA. Andrew also has developed experience in representing clients in indemnification disputes related to residential mortgage-backed securities.

Andrew has represented clients at trial in multiple states and has argued before numerous state and federal courts, both trial and appellate.

Outside of his billable work, Andrew maintains an active pro bono practice. He has represented multiple immigrants seeking asylum in the United States, including domestic violence victims and children.


On March 29, in a development that provides some measure of relief to businesses operating in West Virginia, particularly within the financial services industry, Gov. Jim Justice signed into law amendments to the West Virginia Consumer Credit and Protection Act, or WVCCPA...