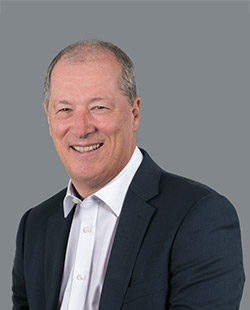 Thierry Koenig is Head of ENSafrica in Mauritius, the oldest and largest law firm in Mauritius which in 2020 celebrated its 200 years practice on the island.

Thierry is the first lawyer on the African continent to have been selected to become member of the prestigious International Association of Defence Counsel (IADC) and is the current President of The Mauritius Law Society.

Thierry specialises in corporate matters, capital markets, M&A, banking and financing and as well as complex commercial litigation, arbitration and insolvency including a wide experience in enforcement of securities.

He is the standing legal adviser to numerous large Mauritian conglomerates including the largest  commercial bank  and insurance company. Thierry is regularly involved in cross border transactions as well as capital markets and corporate structuring. He has acted in several high profile cases of national importance and numerous large commercial, civil and constitutional cases before the Supreme Court of Mauritius. He has been involved in over a dozen appeals before the Judicial Committee of the Privy Council.

Thierry launched the fiduciary and management practice of the Mauritius Office which was the first law firm to be involved in the Financial Services Sector in Mauritius since its inception in 1992. He also launched the specialised IP practice as well as the specialised Insolvency practice. He was involved in the discussions on the 2000 Companies Act, as for the 2009 Insolvency legislation and the National Corporate Governance Guidelines.  He  chaired the Working Group to review the Takeover Regulations and was involved with the International Arbitration Regulations and is the current President of the Mauritius Law Society. He was  made Senior Attorney on June 2010 and was at the time the youngest Attorney to have been elevated as a “SA”

He is recognised as a leading/recommended lawyer by: