In 1954, The Westinghouse Electric Corporation unveiled the world’s first colour TV. With a price-tag of $1,295 – or nearly $20,000 in today’s money – the H840CK15 was the type of luxury purchase that stood as a solid signifier of economic success.

‘I grew up in a world where lawyers were among the few middle-class professionals who could afford the latest technology’, comments Richard Brzakala, director of external legal services at Bank of Canada.

Brzakala, it should be noted, is nowhere near old enough to remember the H840CK15, but his conclusion stands: ‘Now, we are among the few middle-class professionals that ignore technology. It’s a strange thing that so many lawyers have chosen to overlook the transformative power tech has had on the world of work, and I am part of a growing number of inhouse professionals that seeks to address the oversight.’

To rephrase the problem – well-known in economics – why does the cost of technology consistently fall relative to the rate of inflation while the cost of services, encompassing everything from healthcare to education and legal services, continue to rise?

The answer, in short, is that machines cannot (yet) do what humans do. What machines can do, however, are the things humans do not want to do. From this perspective, technology is not a threat but an opportunity. It allows lawyers to move higher up the value chain. And, let’s be honest, no one wants to be stuck doing low-level work.

‘Lawyers are afraid of technology taking their jobs’, comments Lisa Marcuzzi, general counsel and country counsel for ArcelorMittal Dofasco in Canada. ‘But I don’t know of a single lawyer that feels unhappy that they will have to give up reviewing NDAs or sales agreements. As far as I can see, technology will free lawyers to do the jobs they trained for.’

Far from fearing tech, in-house lawyers are waking up to the freedom it can grant them – 87% of those we surveyed said their wider teams were receptive to the use of technology, while 78% said their businesses were supportive of finding new ways to work.

This widespread optimism, many respondents pointed out, was based on direct experience of available technologies. ‘I spent many years reviewing and negotiating documents that were up to 100 pages long’, commented one general counsel in the finance sector. ‘Typically, 90% of that document would either be boilerplate or unnecessary. If I add up the time I have spent reviewing superfluous material and account for cost then it comes to a shocking level of waste.’

In short, corporate counsel are looking forward to the freedom tech will grant them, and few fear their jobs are at risk. As one respondent commented, ‘The idea that lawyers will be replaced is just not realistic. Imagine a Fortune 500 company dismissing its legal team and saying, “we’ll just rely on technology to do all this stuff.” It won’t happen – it would be insane.’

What will happen is a continuation of the trends that have been in play for several years. The in-house legal team will move closer to the time-critical or economically important aspects of the business, law firms will be brought in to help with the types of matters where it just doesn’t make economic sense to employ a team of internal specialists, and technology will be used to remove a lot of the work that was never strictly legal work in the first place.

Eleanor Lacey, head of legal and general counsel for work management platform Asana, comments: ‘In the knowledge sector, tech never works by replacing people. It works by augmenting people and freeing them up to work on highervalue matters.’ 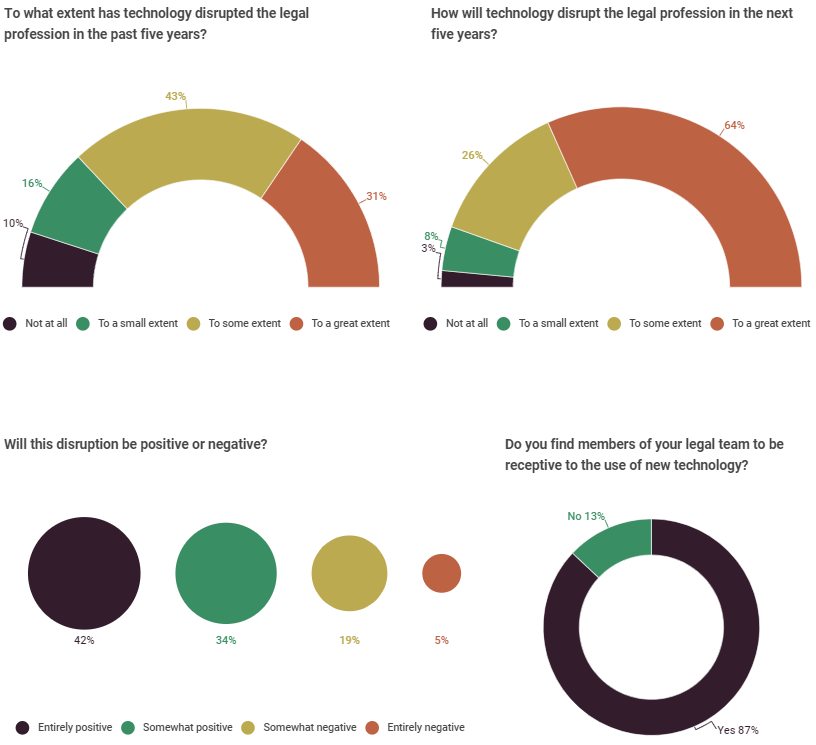 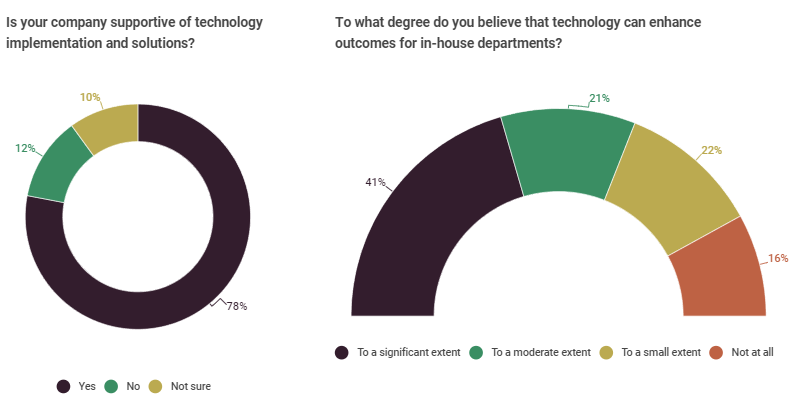 ‘There is a great sense of freedom now that we as corporate legal teams can really solve a lot of the problems we have seen time and again by introducing often inexpensive tech fixes. It’s a great time to be working in the legal industry. Anyone who says otherwise is just not seeing the big picture.’

Moving up the value curve

What are the grounds for this optimism?

Let’s take the single most important item an in-house lawyer deals with – the contract. Lawyers deal with contracts. Lots of contracts. So too do their employers. As Chris Young, general counsel for digital contracting platform Ironclad, puts it, ‘At a basic level, all lawyers are contracts lawyers and all the businesses they serve are contracts businesses. It’s the most fundamental unit that commerce is based on.’

In this contract-driven world, the central hub for contract review runs through the legal department. When a business grows, how does its legal department choose to scale? Does it add bodies, or does it use technology to scale up and meet demand?

For the last several decades, the answer to that question would have been the former. General counsel had one demand above all else: more staff. As our survey of legal teams in the US and Canada shows, attitudes are changing, and the answer is increasingly likely to be “new ways of working”.

Central to the evolving skillset of the in-house counsel is getting comfortable with communication. Those we surveyed were clear: documentation can be automated, and any lawyer who is essentially reading a document aloud can be replaced at will. But that, many feel, is a good thing. The rise of legal tech means the in-house team can finally sound like the rest of the company.

‘We don’t need to tell business, “The documents say this”’, comments one respondent, senior counsel at a large US medical services provider. ‘Any literate person can see what the documents say. We’re guardians of nothing but the obvious if we tell them what they can read for themselves.

‘That’s great – being freed from routine tasks is not a case of lawyers being replaced. It’s a case of lawyers being able to use their skills for the benefit of business. We should embrace it. Lawyers have been trained to do some very sophisticated work, but large parts of the contracting process are not that work. If we can relegate that to a system or use technology to complete it then we are going to have a lot more time to do the work that is expected of business leaders. The days of pushing paper around may finally be over.’