This year WSG held the very first Meeting of the Americas joining North America, Latin America and the Caribbean into one meeting to create new integrated program sessions and networking opportunities. The meeting held in Miami welcomed over 84 WSG participants from over 49 different jurisdictions.

The entire event kicked off with an Anti-Corruption Roundtable of in-house counsel and experts. Topics included the foreign corruption practices act (FCPA), expert discussion on risk exposure, trends, policies, avoidance strategies and planning and compliance. In-house counsel from top multinationals were invited to attend the session followed by a reception and dinner for all those in attendance of the roundtable and the Americas Meeting.

The Americas Meeting program welcomed Timothy Ryan, Managing Director of Kroll, who apprised the group on recent cyber security events, and topics and changes being implemented in the ever changing world of technology. A panel on professional firm risk management included Eileen Garczynski, Senior V.P. & Partner of Ames & Gough, who participated with other WSG member expert panelists to discuss professional liability and crisis management. Judge Jennifer D. Bailey, Administrative Judge, Circuit Division of the 11th Judicial Circuit of Florida, described the designation of Miami as an international centre for arbitration. These and all the participants and topics generated thought provoking discussion that established interest for more integrated meetings.

I liked the Americas format and most attendees seem to agree. – Anonymous delegate, WSG 2014 Meeting of the Americas 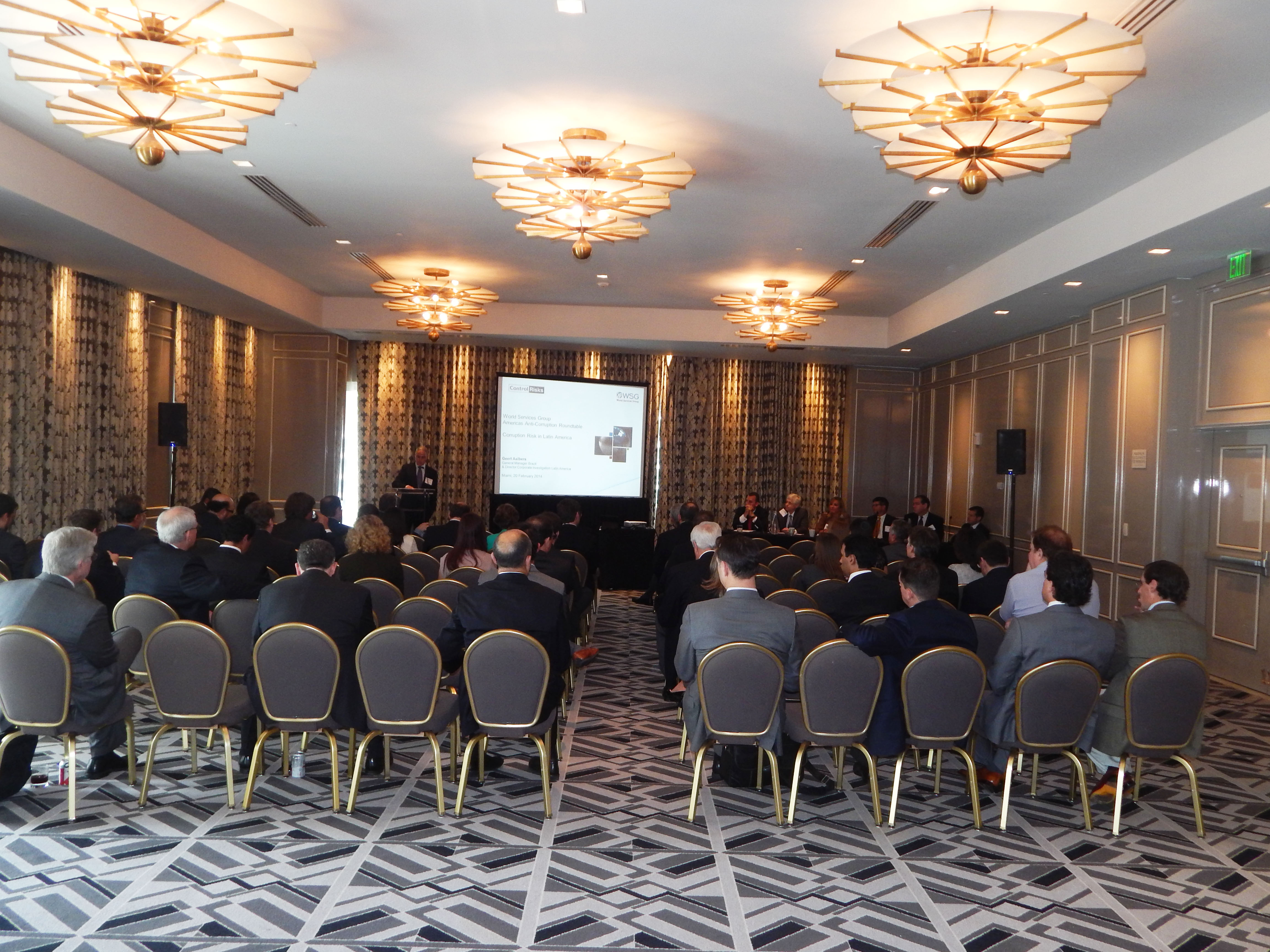 Over 65 delegates gather for the 2014 Americas Anti-Corruption Roundtable on Thursday. 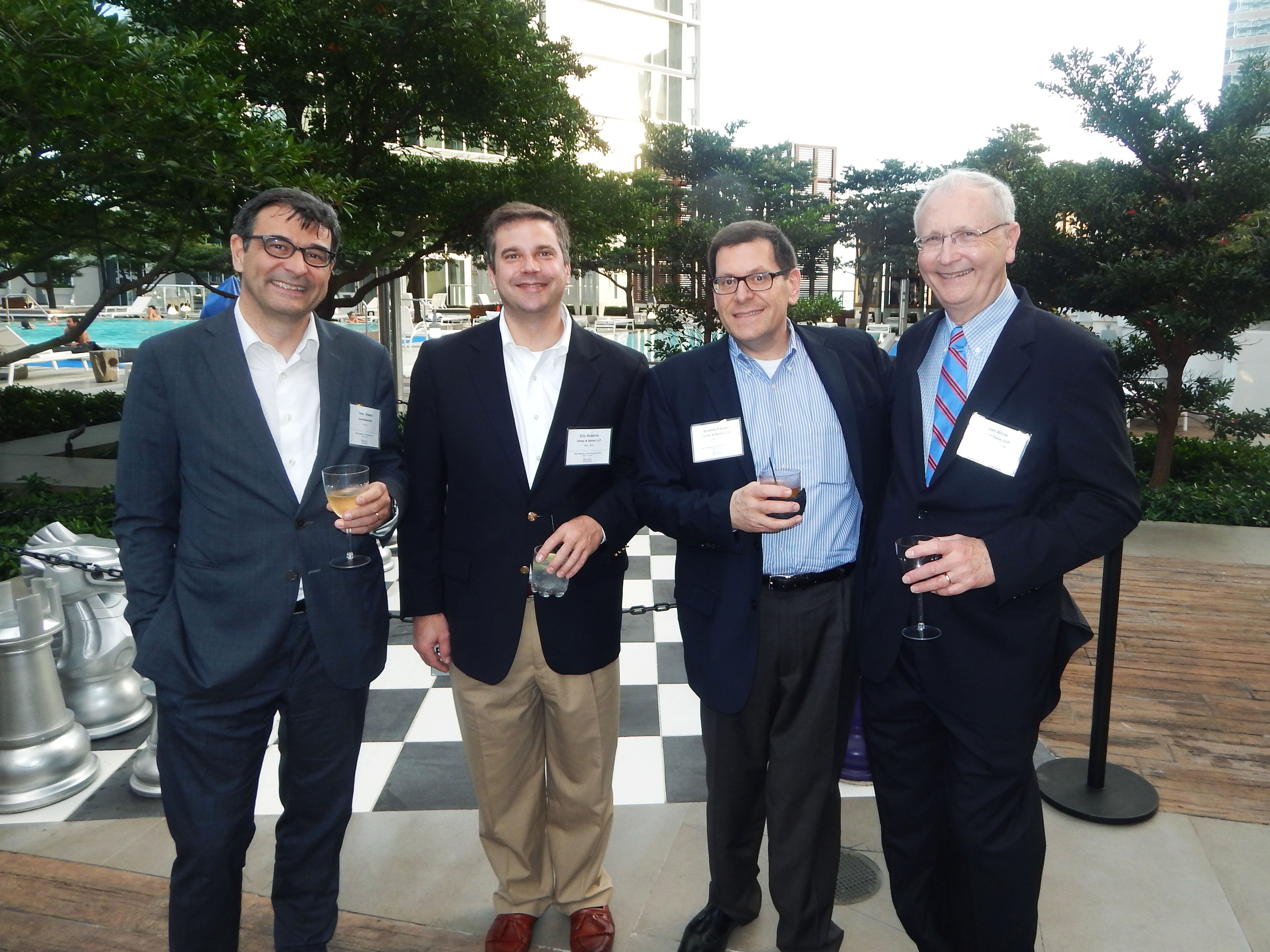 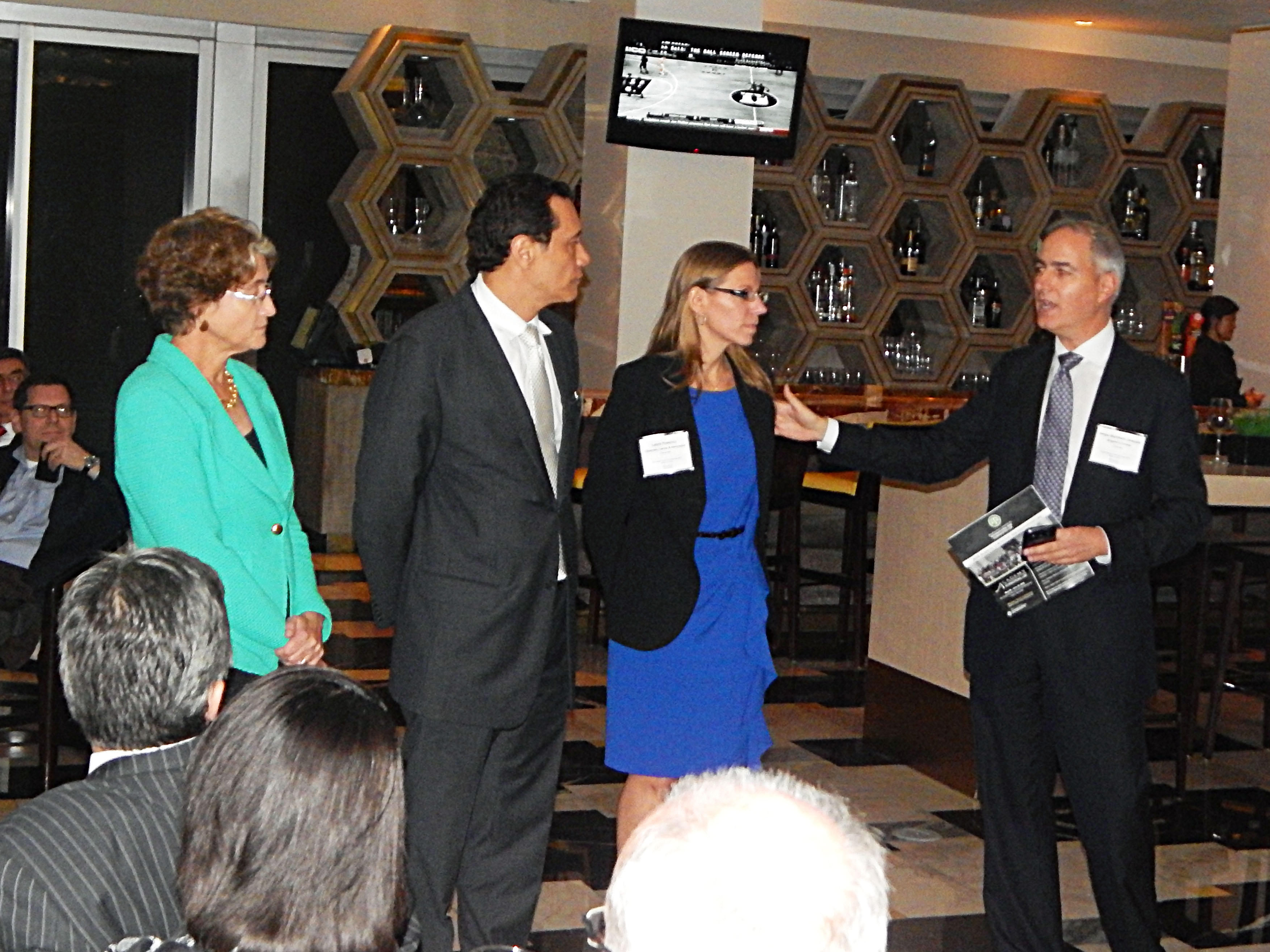 For a full list of presentations and photos please see the WSG 2014 Meeting of the Americas Post Event Page.


The WSG 2014 Africa/Middle East Regional was a success with over 20 WSG delegates from over 10 different jurisdictions. The host firm ENSafrica welcomed the delegates at their Cape Town office restaurant, 14[fourteen] which offered breath-taking views of Table Mountain. Program highlights held in ENSafrica’s state-of-the-art auditorium, focused on topics such as The Changing Political/Economic Environment in the Africa/Middle East Region and Multinational Law Firms Friends or Foe. The Friday program concluded at the traditional South African Moyo restaurant on the famous Victoria & Alfred Waterfront.

“It was great to see everyone representing their jurisdictions come together to share their valuable ideas, thoughts and opinions. We are looking forward to next year.”  Koos Pretorius, ENSafrica 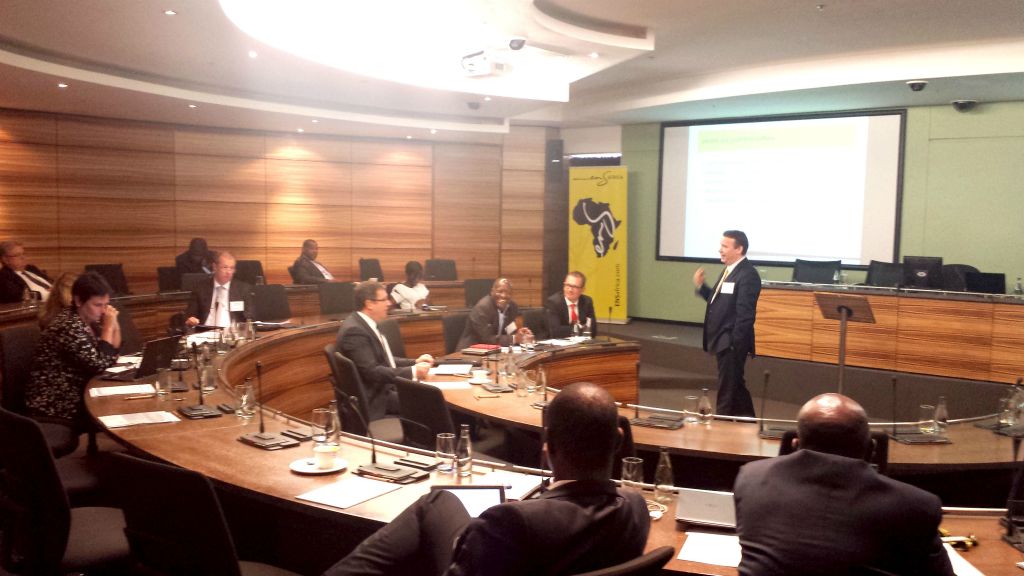 Michael Schilling, ENSafrica (Mauritius) giving a presentation on Lessons Learned from the Expansion of Multinational Law Firms Into Eastern Europe. 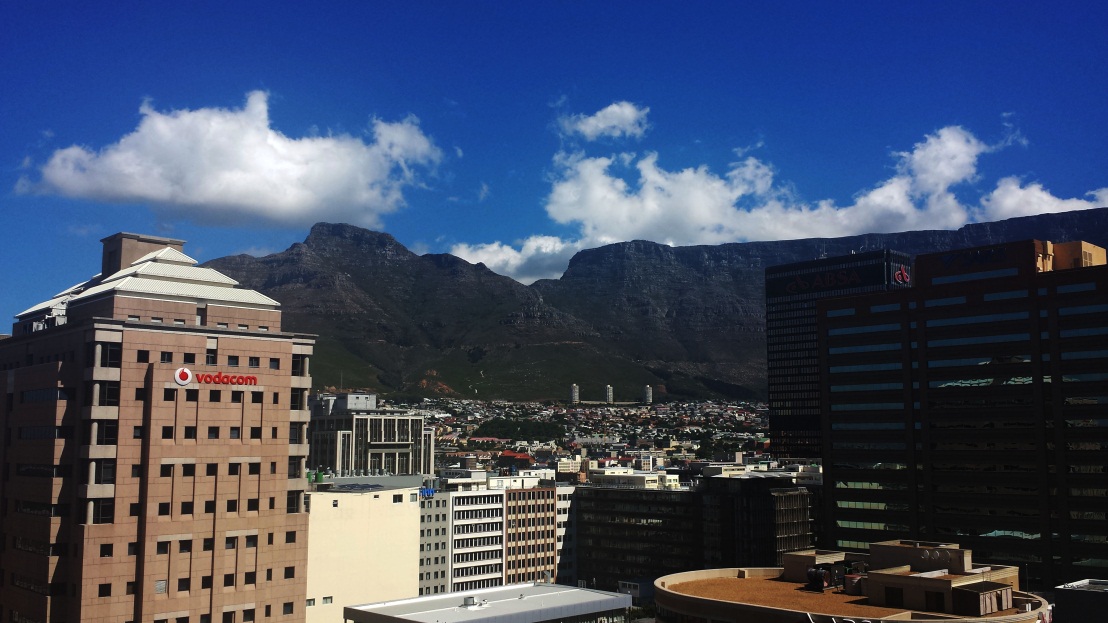 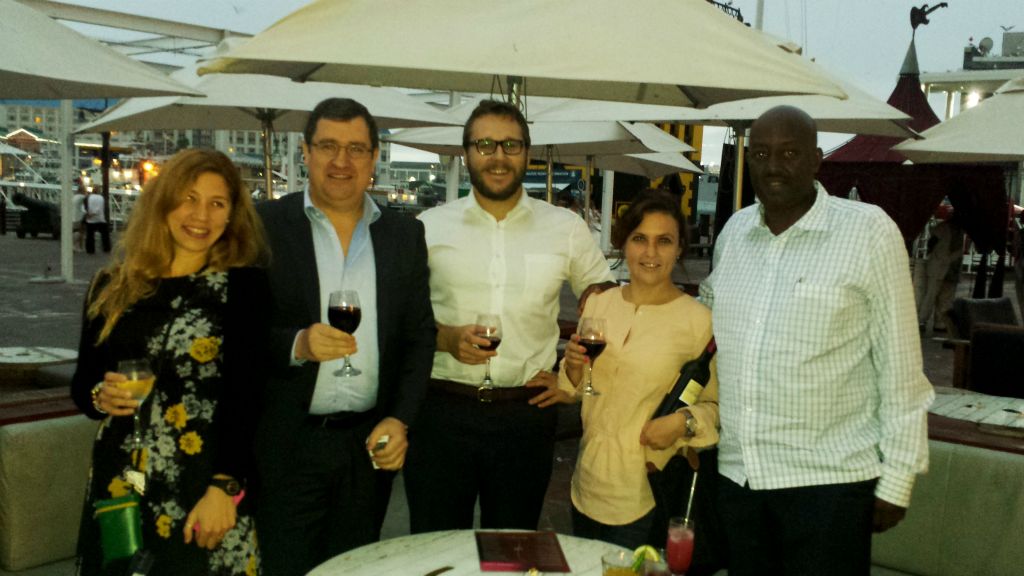 Delegates enjoy cocktails on the balcony of Moyo Restaurant on the Waterfront.


WSG is proud to announce that we are the first multidisciplinary network to implement a mobile application to extend our benefits to our members, giving them more accessibility to WSG’s website no matter where they are. According to theweek.com the “estimated number of smartphones and tablets used worldwide by 2016” will be 10 billion, which will be MORE than the projected world population. The launch into mobile applications is an important factor for any firm or company to grow.

Currently, the majority of WSG mobile app users are from the United States and Canada, with Latin America and Europe falling second and third. 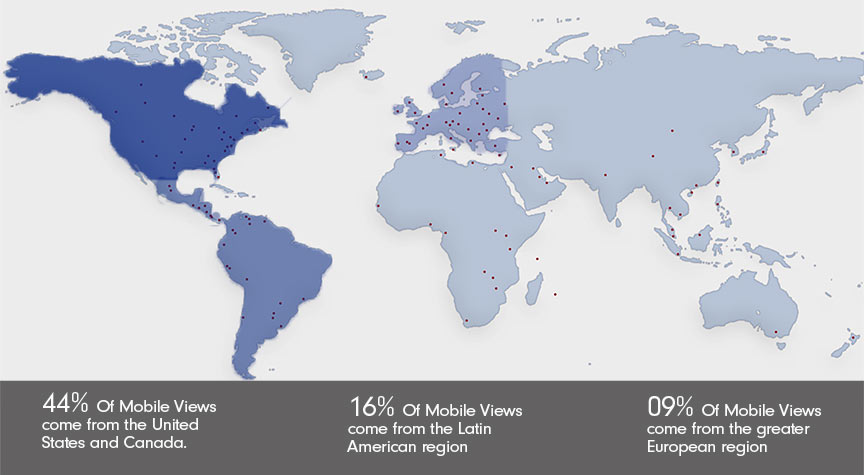 Find your colleagues with our firm and member directory, keep track of your business using our referral/collaboration tool, check out meeting agendas so you know what to expect and lastly, visit our blog to catch up on happenings from around the world.

Scan The QR below or save m.worldservicesgroup.com to your bookmarks:


Referrals and Collaborations are an important part of a firm’s networking portfolio. Such relationships foster trust and promote new and innovative connections around the world. WSG understands the importance of keeping track of your referrals and collaborations. Our new tool makes it easier to keep track of referral and collaboration details such as a brief overview of the facts, referrer/referee, type of transaction, and fees involved. It allows you to easily see immediate benefits of your membership not only through referral business, but also through less tangible advantages such as servicing of the client, speaking engagements, the free advice policy and many more collaborative opportunities. Many members have begun using this tool since we first launched it last month, and we invite you to join in and start considering the many benefits your membership has already offered your firm. 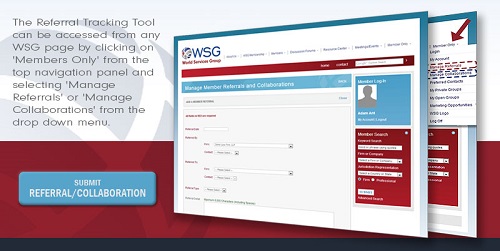 The WSG Board of Directors consists of 16 voting Directors from five geographic regions with 1 Director representing accounting firms in line with the multidisciplinary objectives of the organization. Directors of WSG are elected by representatives from the 160 member firms. Each member gets one vote on behalf of the professionals of their firm. Today, WSG represents over 18,500 professionals worldwide. To view the WSG Board of Directors, go to http://www.worldservicesgroup.com/bod.asp.

On this occasion, Bradley Kaplan, WSG Chairman 2012-2013, handed over his title to Sergio Michelsen, Brigard & Urrutia. Mr. Michelsen is Partner of Brigard & Urrutia and member of its Executive Committee and Board of Directors. For more than 25 years he has advised clients on significant matters in a number of practice areas and industry sectors, participating in several of the most important transactions in Colombia and other jurisdictions. Mr. Michelsen has been a member of the WSG Board of Directors since 2010. He was the Secretary for the year 2011-2012 and has been acting Chairman Elect for the year 2012-2013.

The newly elected Directors are:

Gary Assim
Shoosmiths, Legal Services, England Gary Assim is Partner at Shoosmiths and Head of the firm's national Retail and Intellectual Property Groups. He is heavily involved in the WSG INTA Open Group. Mr. Assim has also served as a Chair of the WSG European Regional Council for the 2010 - 2011 term. His firm, Shoosmiths, has been a member of the WSG network since 2003 and hosted the 2012 WSG Annual Meeting.

Mark Harty
LCS & Partners, Legal Services, Taiwan Mark Harty is Senior Counsel at LCS & Partners with a main focus of practice being in mergers & acquisitions, banking and insurance. Mr. Harty currently serves as Chair of the WSG Asia Pacific Regional Council, a position he has held since joining the Council in 2011. His firm, LCS & Partners, has been a member of the WSG network since 2005.

Visit WSG Board of Directors at: http://www.worldservicesgroup.com/bod.asp

In an interview with The Lawyer, WSG member Simon McArdle, Partner at Shoosmiths, shares his advice to GCs for initial approach to implementation of legal tech solutions. McArdle gives his advice on how to ensure the best strategic implementation...

Vlog Episode 4/5: Competition Litigation: Fight to the end or settle?

In this fourth vlog about competition litigation 'Fight to the end or settle?', I talk about the various considerations of claimants and defendants in determining their procedural strategy and specifically whether to settle and, if so, when?